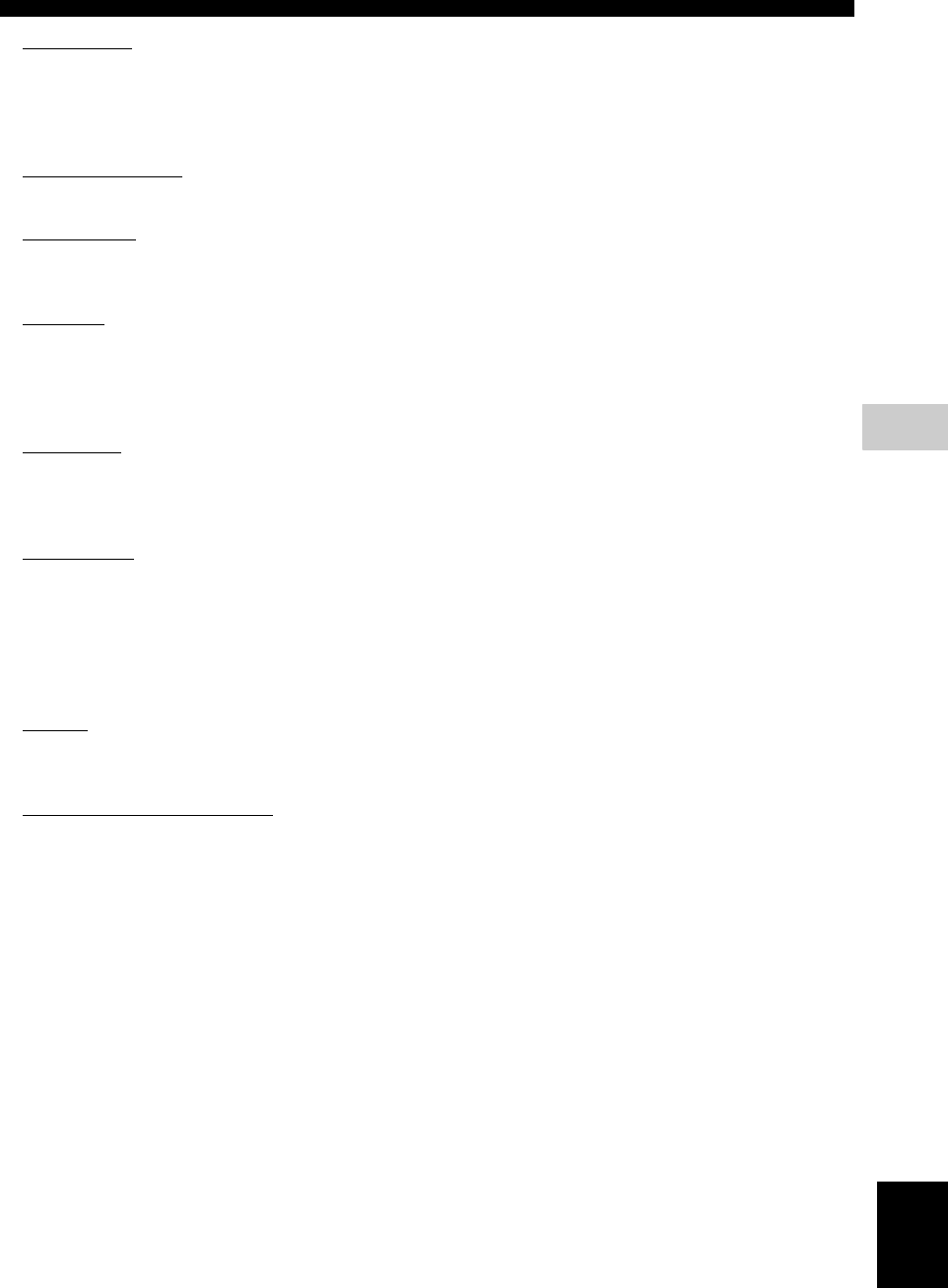 GLOSSARY
53
OTHER FEATURES
6
English
Parental control
Limits Disc play according to the age of the users or the
limitation level in each country. The limitation varies
from disc to disc; when it is activated, playback will be
prohibited if the software’s level is higher than the user-
set level.
Playback control (PBC)
An on-screen menu recorded on a Video CD or SVCD
that enables interactive playback and searching.
Progressive Scan
A method of displaying all scanning lines in a frame at
once, reducing flicker noticeable on a larger screen and
creating a sharp and smooth image.
Region code
Many DVD discs include a region code so that the
copyright owner can control DVD software distribution
only to regions where they are ready to distribute. There
are six regions codes, which restrict a DVD player to
playing a DVD disc with the same region code.
S-video output
A jack for inputting or outputting an S-video signal.
S-video signal consists of two lines, the luminance
signal (Y) and color signal (C), which enable to provide
high-quality video during playback or recording.
Super Audio CD
This audio format is based upon the current CD
standards but includes a greater amount of information
that provides higher quality sound. There are three types
of discs: single layer, double layer and hybrid discs. The
hybrid disc can be played on existing CD players as well
as Super Audio players since it contains both standard
audio CD and Super Audio CD information.
Surround
A receiver for creating realistic three-dimensional sound
fields full of realism by arranging multiple speakers
around the listener.
VR format (Video Recording format)
A DVD video recording format, which allows editing
DVD video data recorded onto a disc. You need a VR
format compatible player for playback.
previous next